On March 2, 2021, the Salavat Yulaev Museum in the village of Maloyaz, Salavat district of the Republic of Bashkortostan hosted a scientific and practical conference "The Living Past of Salavat Land", dedicated to the Year of Science and Technology in Russia.

Welcoming speeches were made by Zilya Sadykova, the head of the museum of Salavat Yulaeva, and Zuhra Rafisovna Tukhvatullina, the methodologist of the Education Department of the Administration of Salavat District Municipal District of the Republic of Bashkortostan.

During the conference speeches were made by:

1. candidate of geological-mineralogical sciences, head of the Laboratory of Cenozoic geology of the Institute of Geology UFITs RAS Danukalova Guzel Anvarovna with the report "Geological structure of Salavat district territory and geologists who studied this territory";

4. Baichurina Larisa Yunirovna, teacher of chemistry and biology of MOSU SOS Yangantau - "Activation of cognitive activity on the basis of studying paleontology in biology classes";

5. a pupil of the 8B grade of the MBOU Bashkir gymnasium of Maloyaz village Ryabukhin Nikita Valerievich - "Inhabitants of the Tethys ocean and their connection with the modern world";

Kamilla Rustamovna, a 5th grade student of Lagerevo village secondary school - "The trail of the woolly rhinoceros in Lagerevo";

7. correspondent of the newspaper "Business World of Bashkortostan", ethnographer Svetlana Serebrennikova (Tastuba settlement, Duvansky region of Bashkortostan) - "In the power of a stone";

The students and teachers with great interest and attention listened to the speakers and learned a lot about geology and paleontology, about the past of their land, about the secrets, which keeps Salavat land. Reports were accompanied by colorful presentations.

In the work of the scientific conference also took part a candidate of biological sciences, a biologist of the Global Geopark of UNESCO "Yangan-Tau" Polina Gennadievna Polezhankina, a geoguide Bikbulatova Saria Faritovna and a guide of the sanatorium "Yangan-Tau" Samatov Raul Kimovich.

On the same day the winners and runners-up of the Republican Children's Contest "World of Paleontology - 2020" were awarded and the exhibition "Salavat Antiquities", dedicated to the Year of Science and Technology in Russia, was opened. The exhibition features various fossils from geological sections of the Salavat region, and samples of rocks. Great interest of the guests caused by mammoth bones and teeth, buffalo horn, skulls of woolly rhinoceroses, once lived in these parts.

Exhibition "Salavat antiquities" will work till May 31, 2021.

According to Salavat Yulayev Museum information 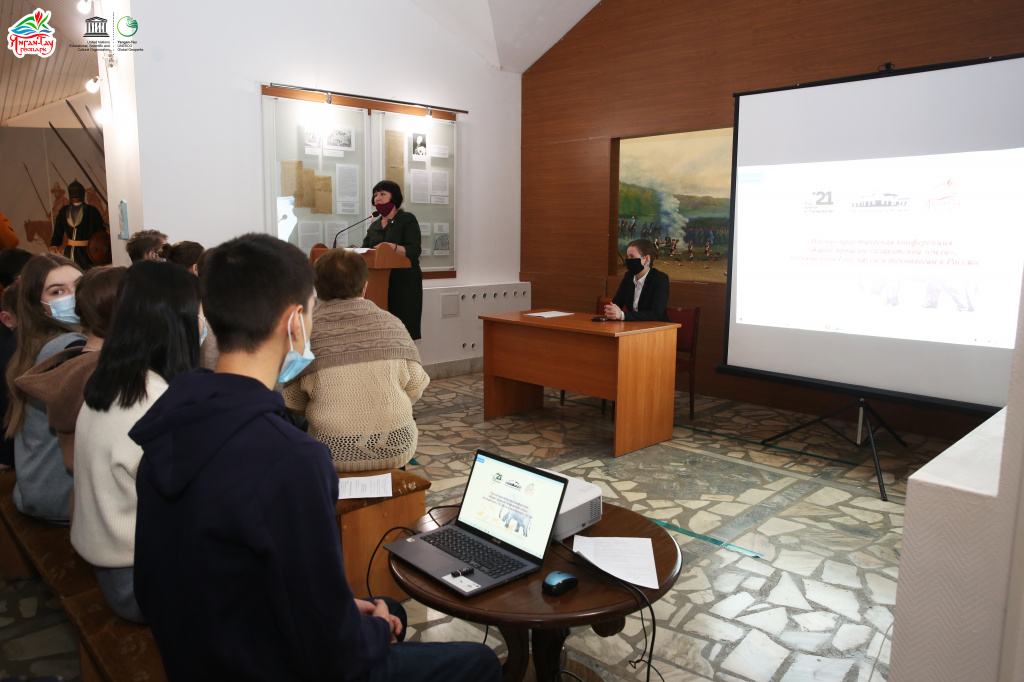 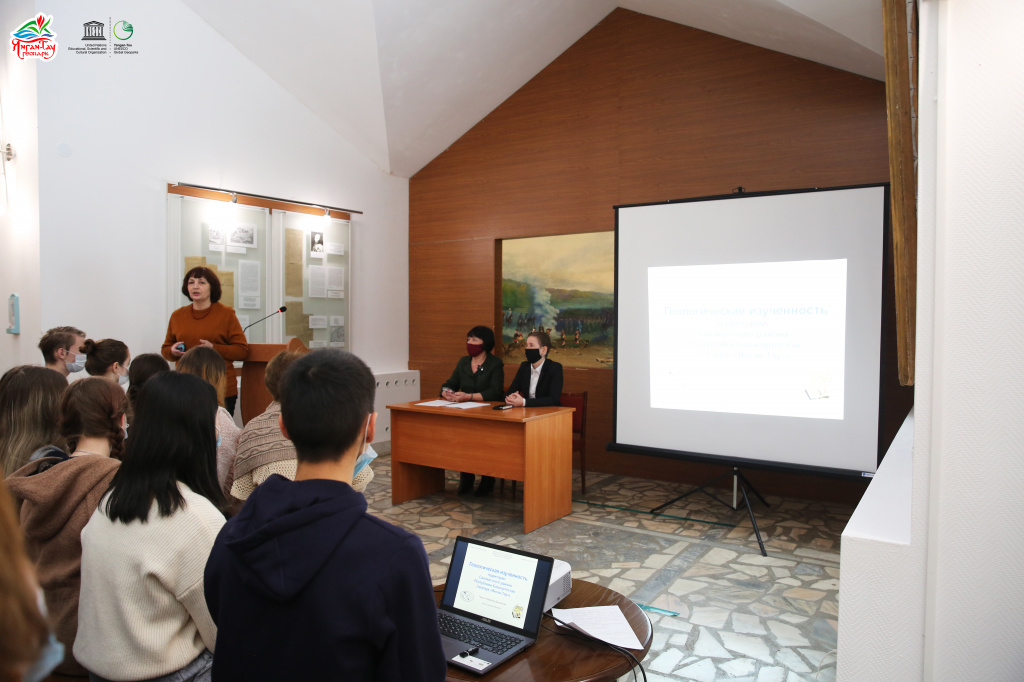 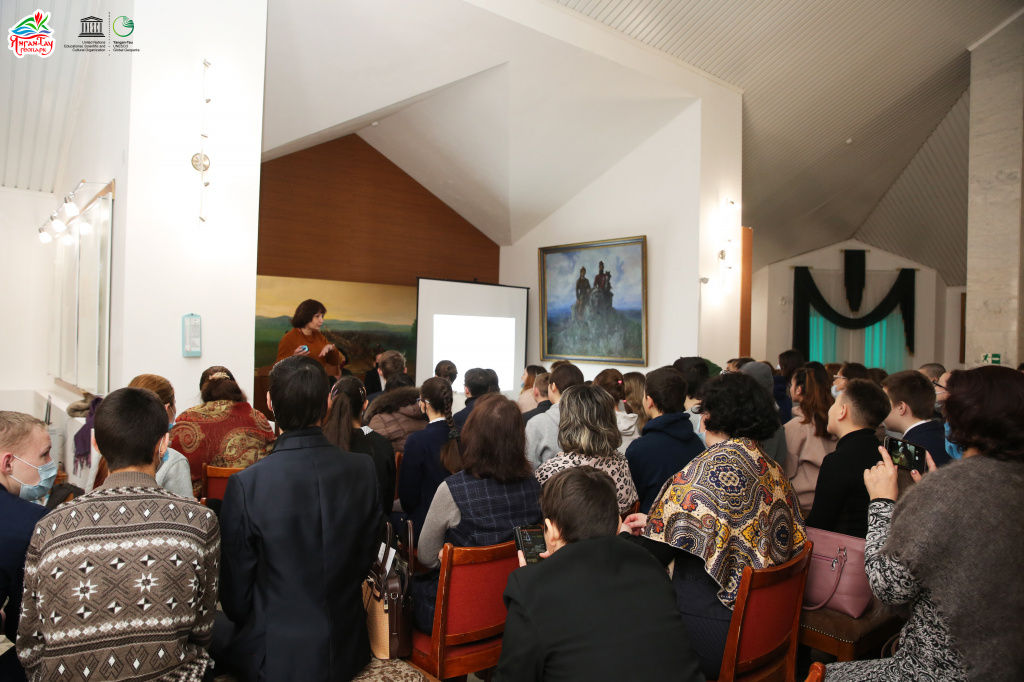 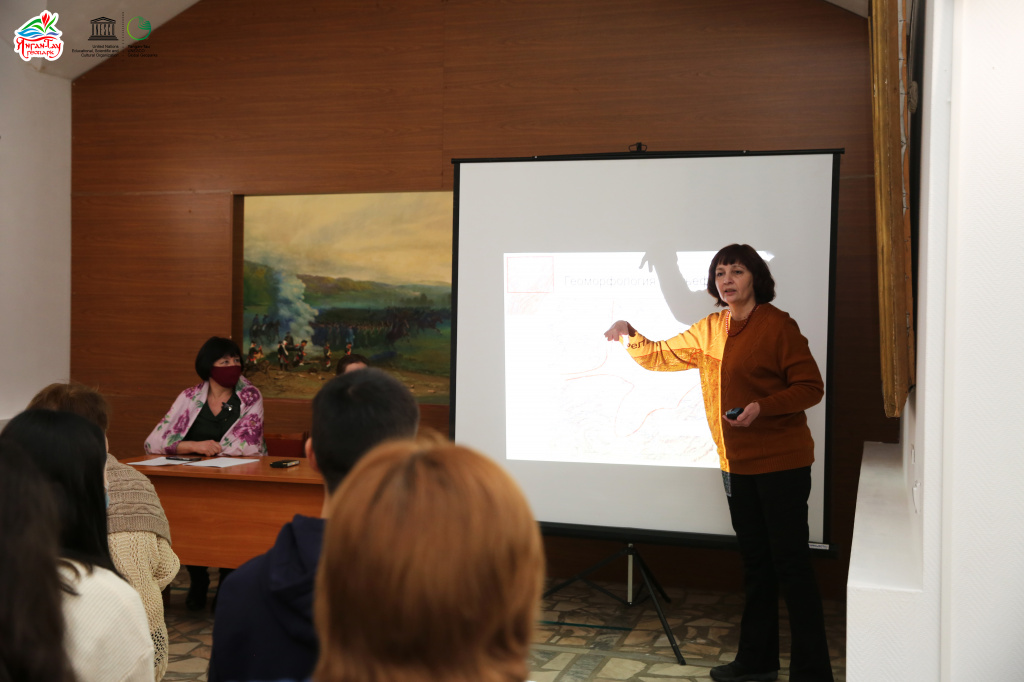 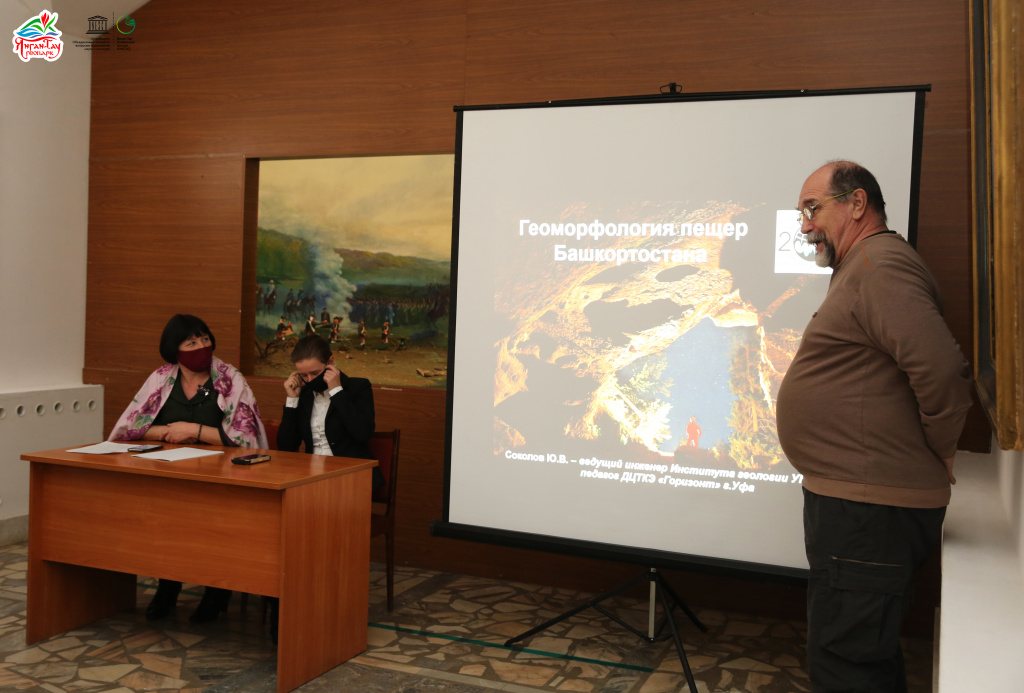 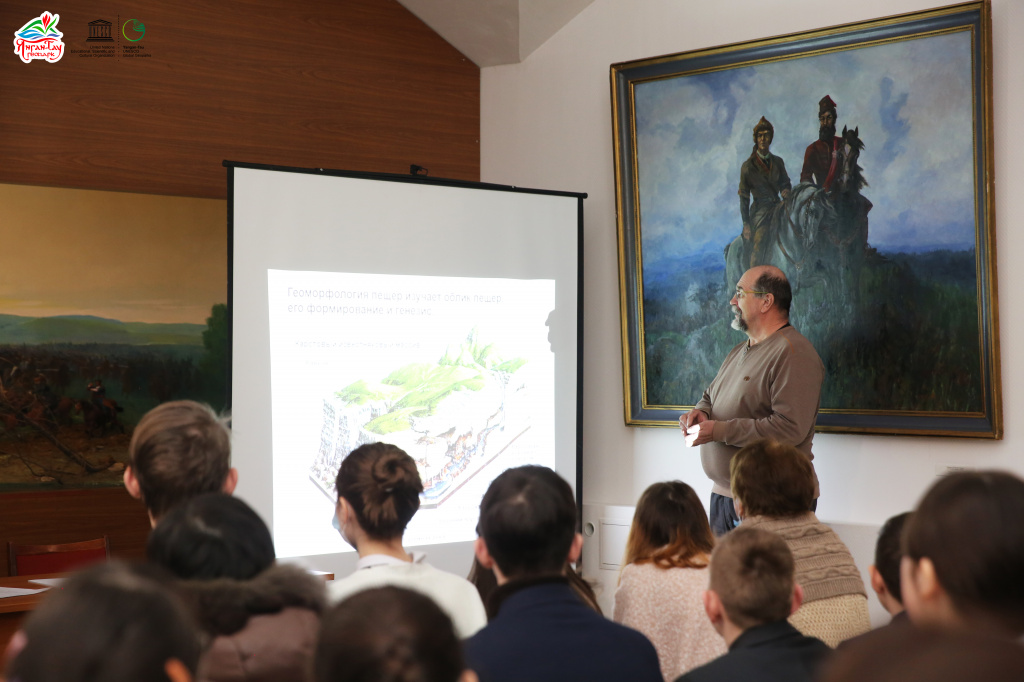 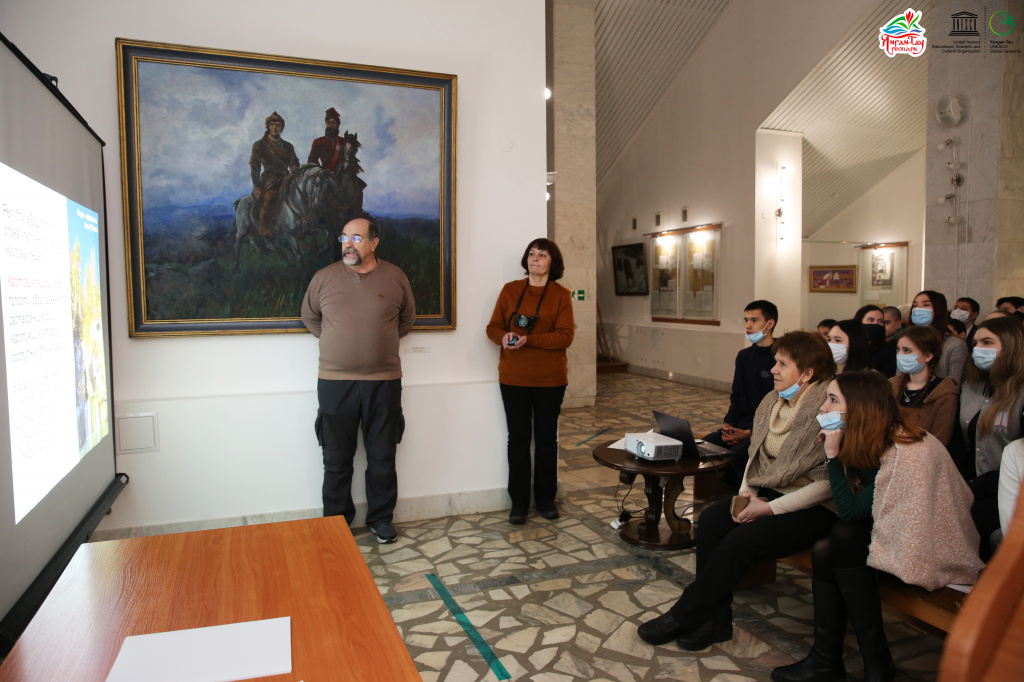 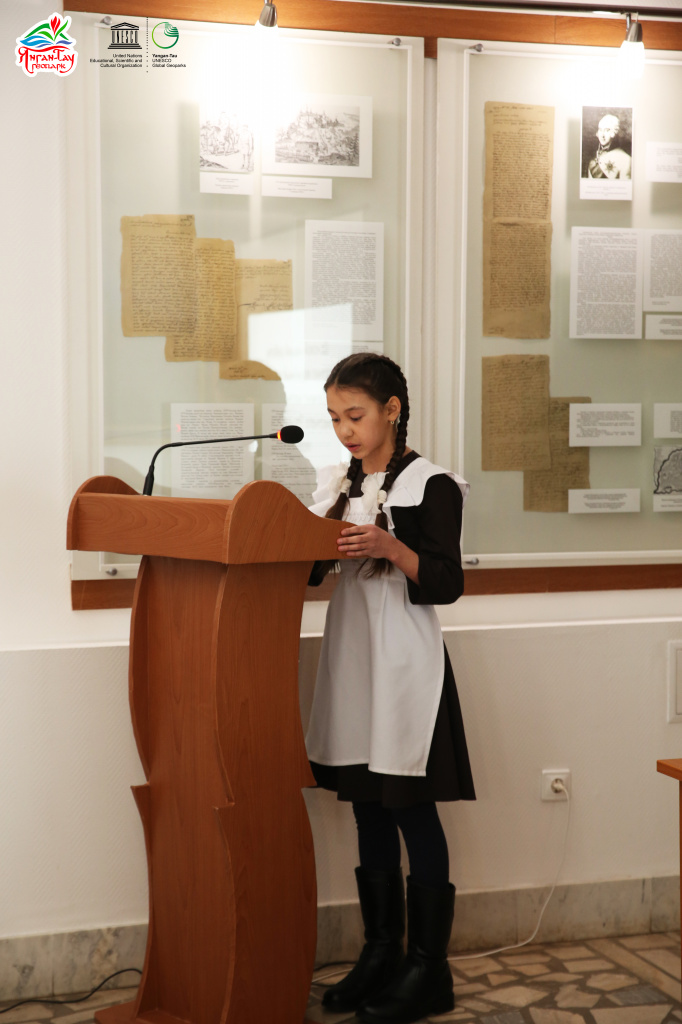 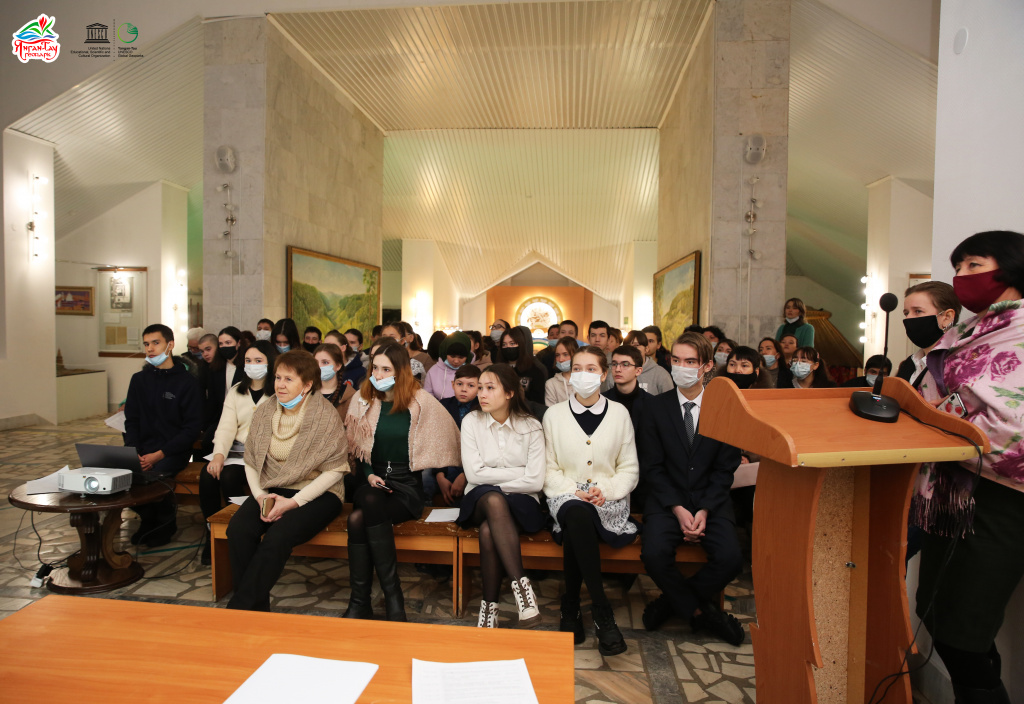 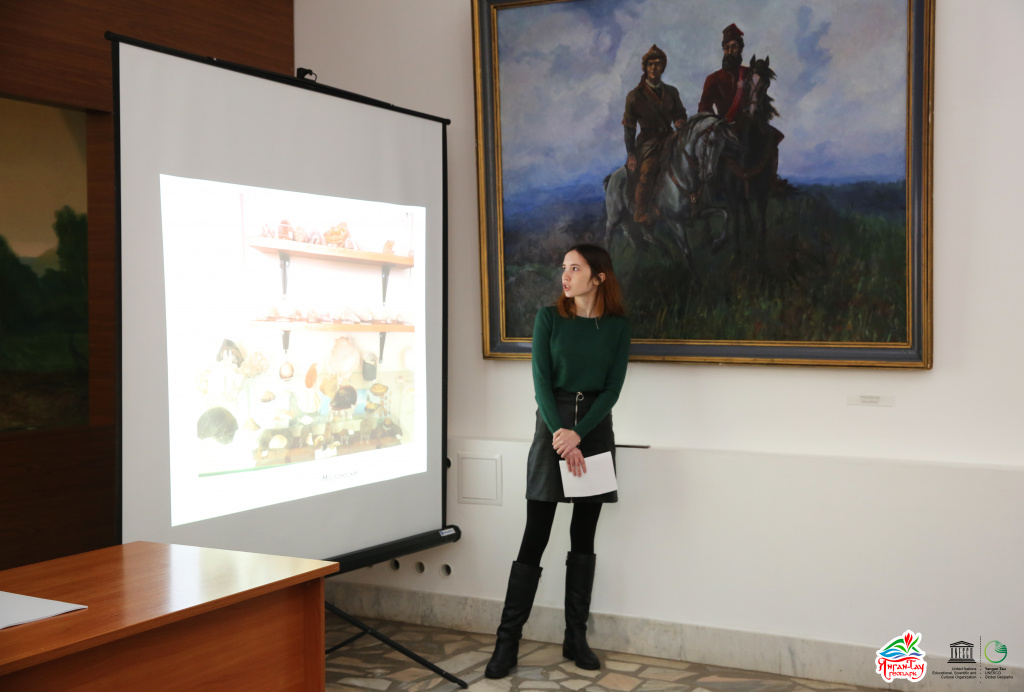 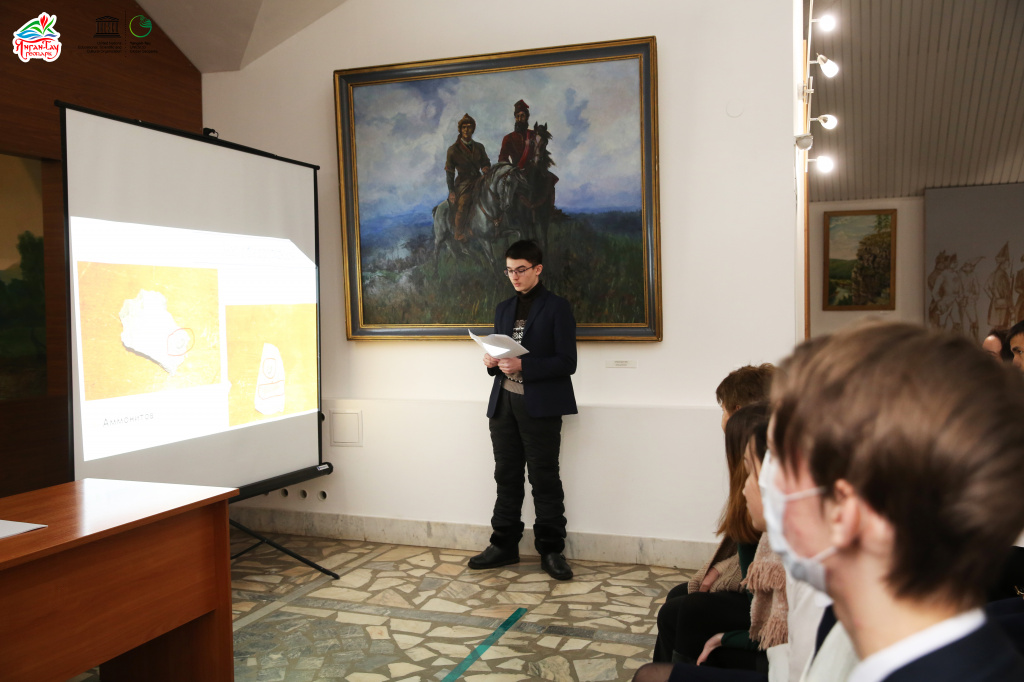 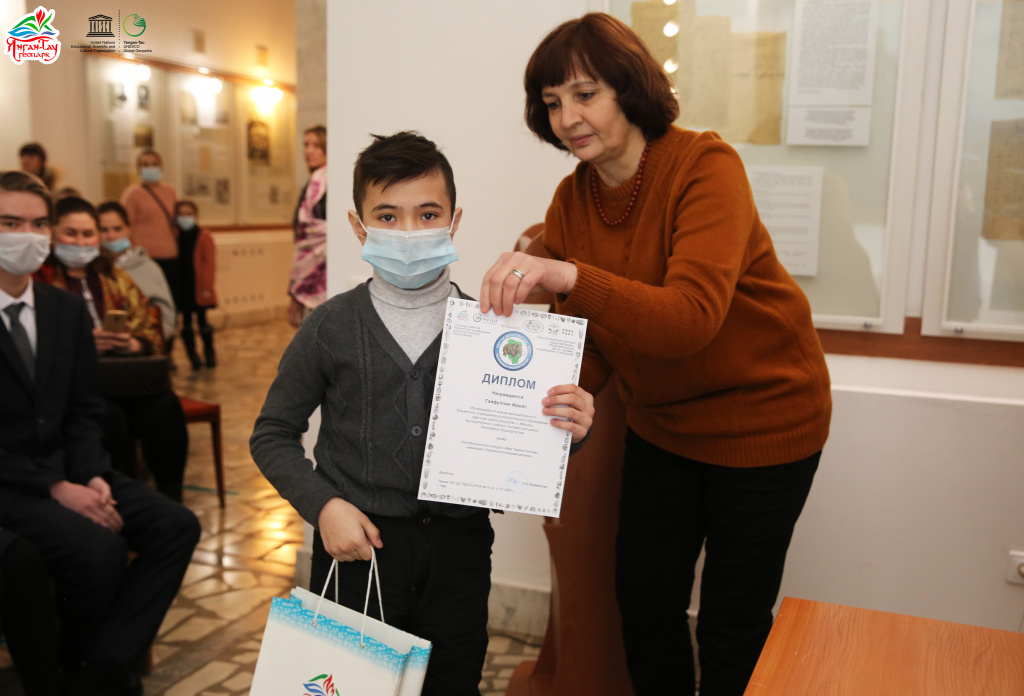 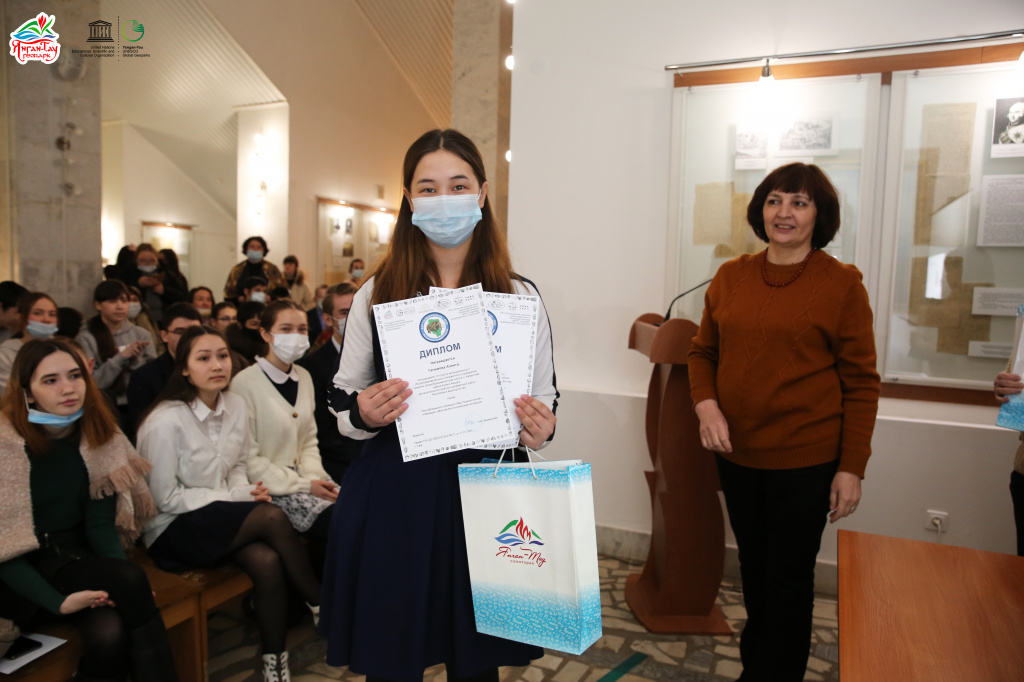 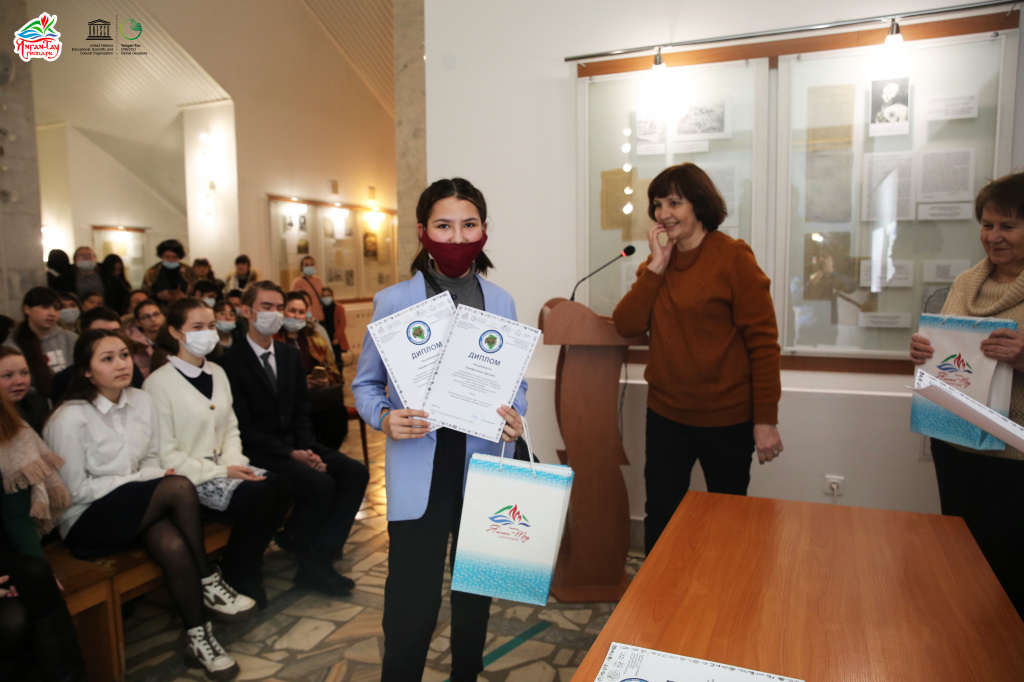 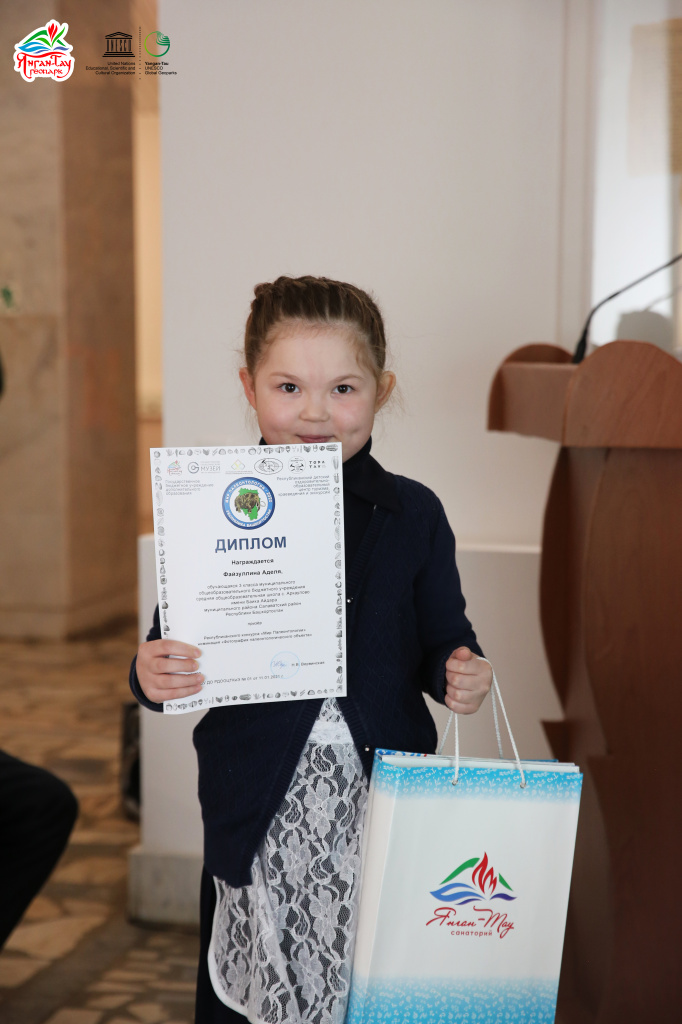 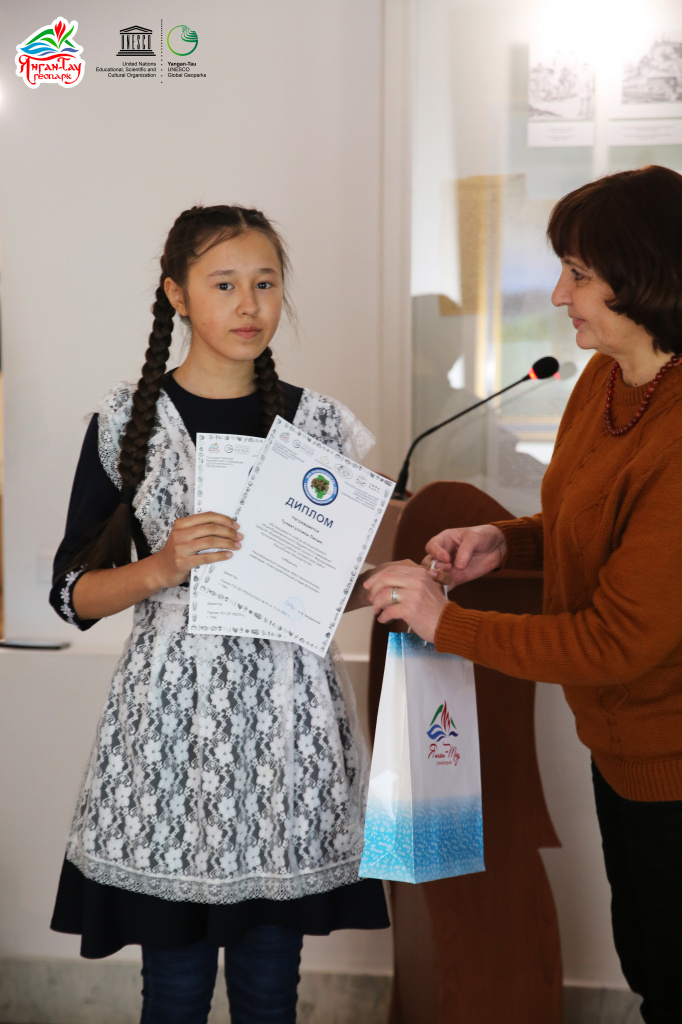 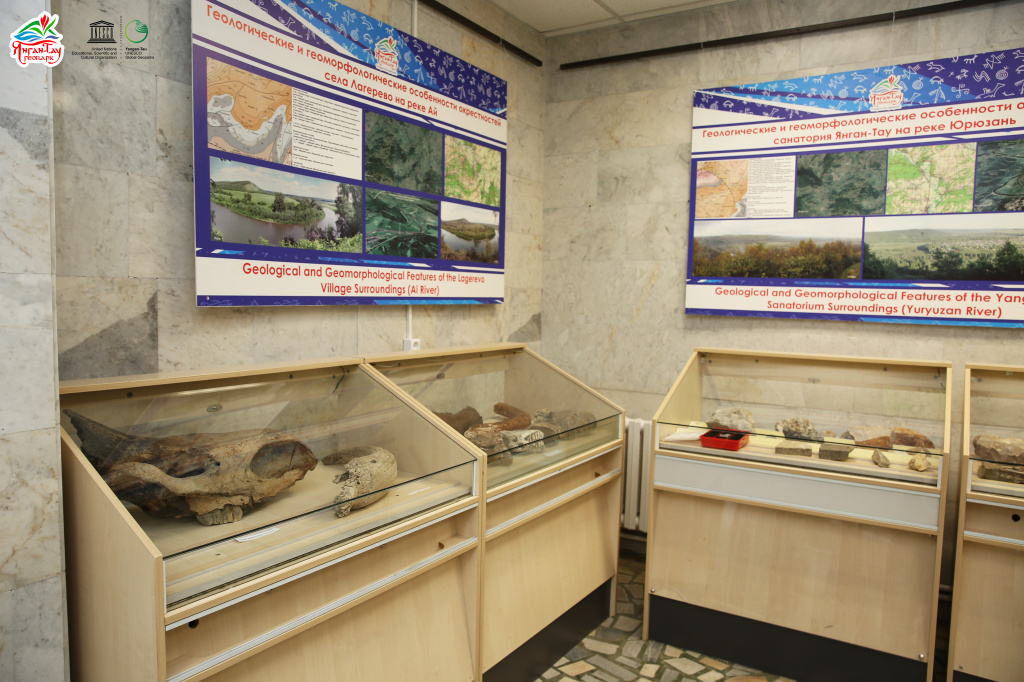 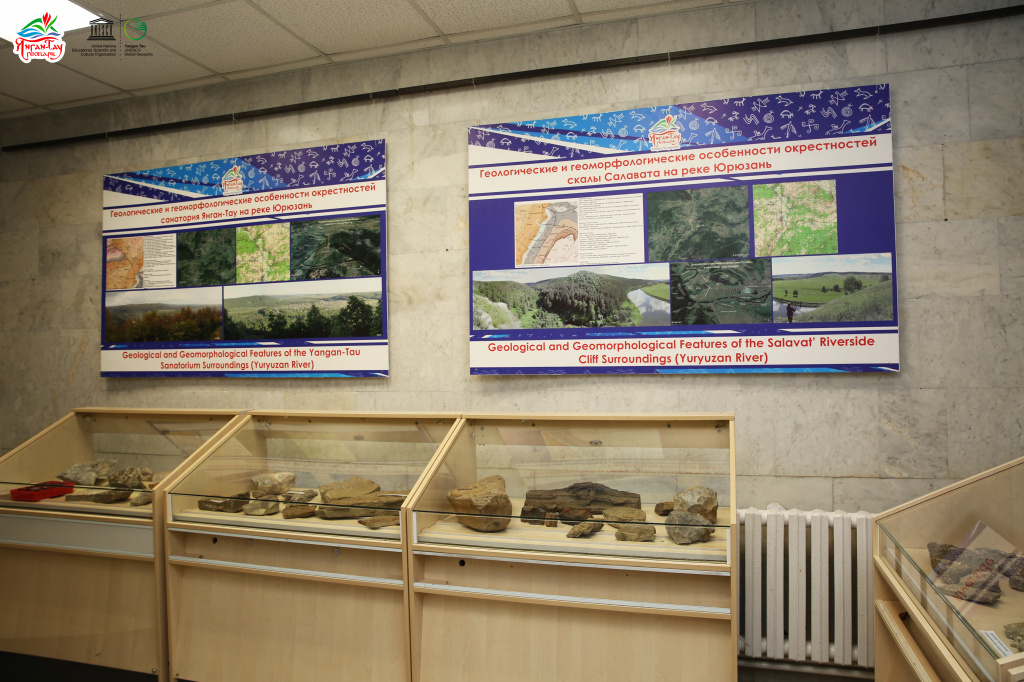 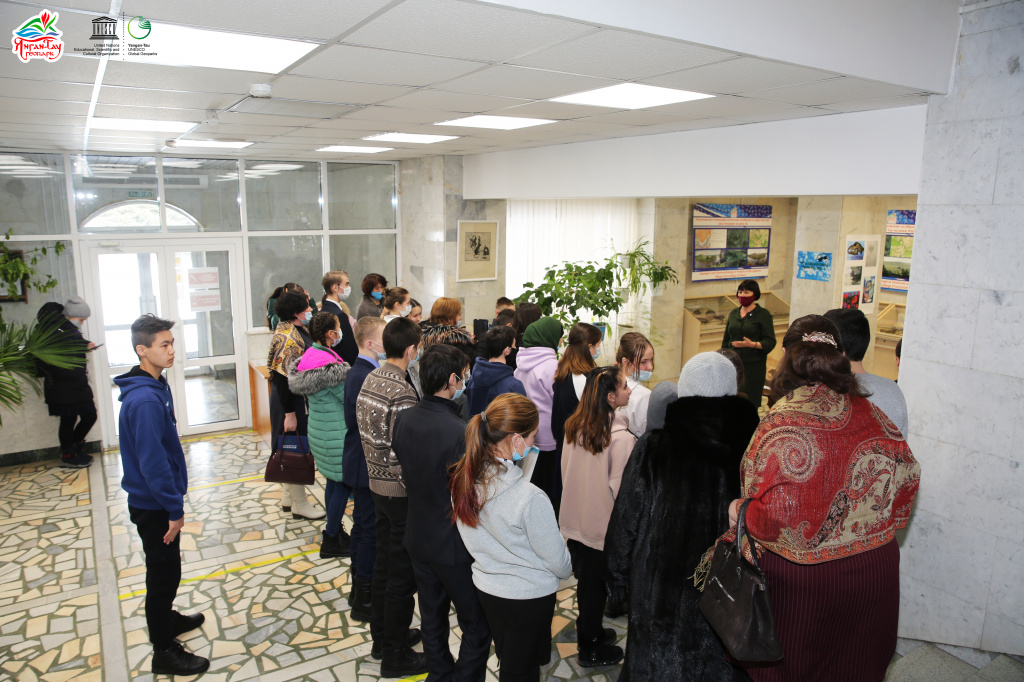 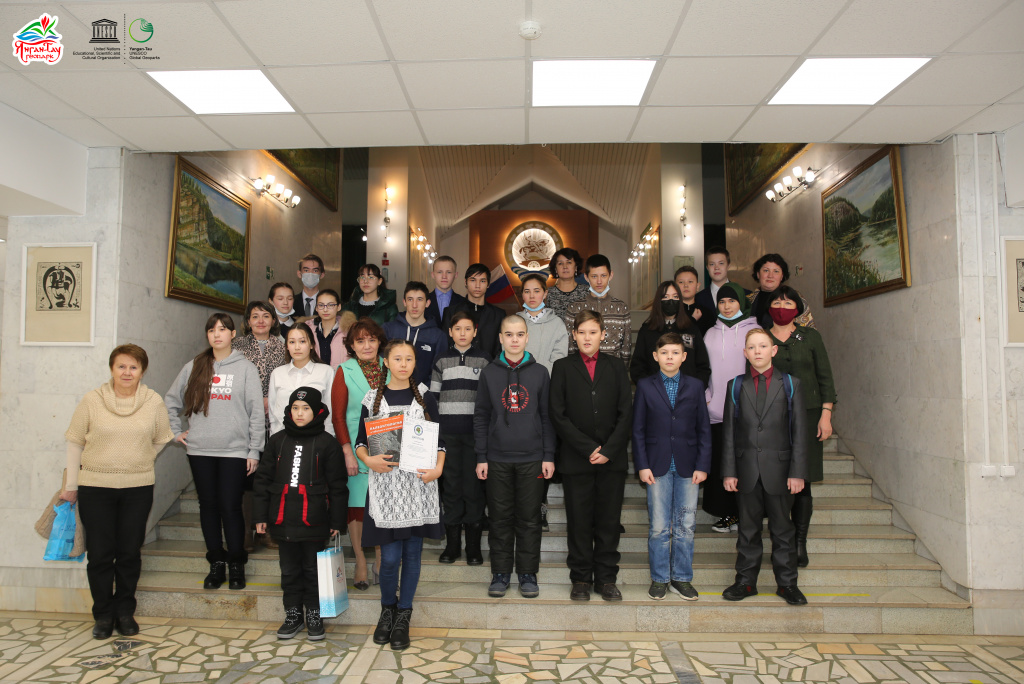